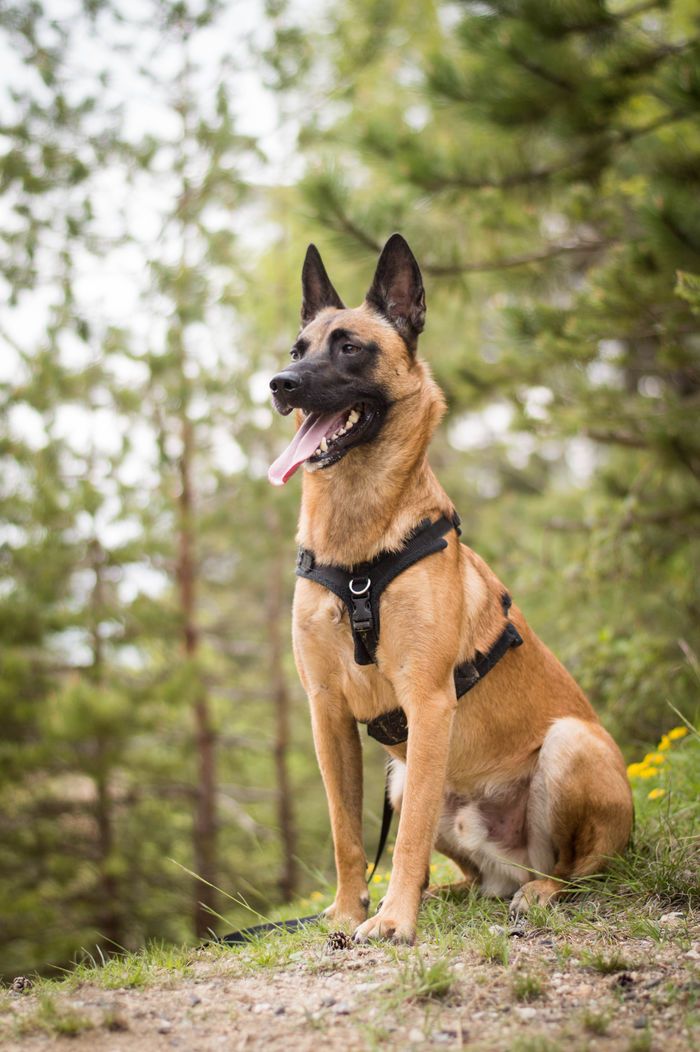 Not an in-camp photo, I found this on google

One very important thing we learn in in military dog-line is how to communicate with dogs based on body language. Essentially how this works is to look at the situation that the dog is in and compare it with their tone of voice and body language, and then you infer the emotion associated. Now, all communication is emotional, even objective discussions, and every piece of information has to pass through the lens of one of 7 basic emotions: Happiness, Sadness, Anger, Fear, Disgust, Contempt and Surprise. I’m going to go through the first 4 as it relates to dogs and also how it relates to humans when trying to communicate non-verbally. It’s funny to see how we are not that much difference from dogs; as my ex CO would say, “They are also men, just with more hair”. 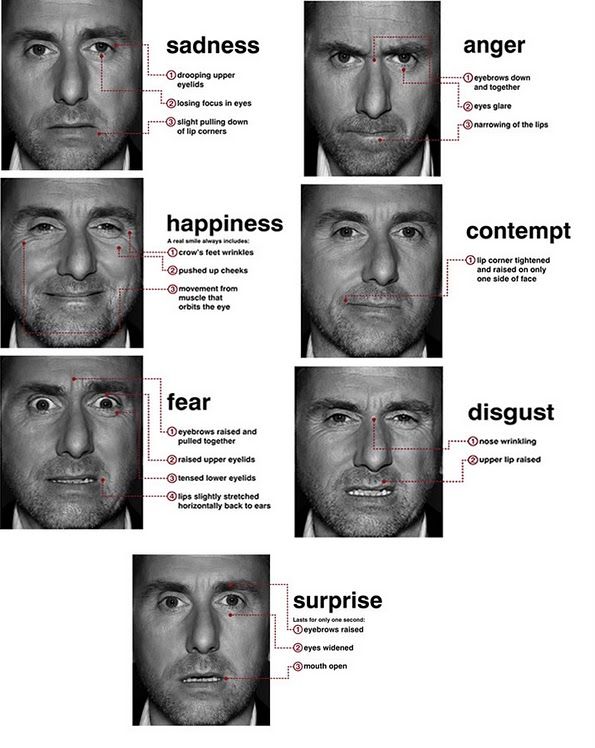 Disclaimer: I am no dog expert nor an expert on nonverbal communication; this is just a reflection on what I observe in my own experience with both dogs and people.

In dogs, the tail is the most important part to look out for. When happy, the dogs wag their tail side to side and their tone of voice is firm. They may be standing still, but if their tails wag and their bark is clear, it’s fair to infer that what you did to them made them happy.

In humans, instead of tails, we tilt our heads side to side. And yes, I know you’re thinking of Indians, but what they do is just an exaggeration of what all humans naturally do when happy. Try to smile while keeping your head centered and still, it takes a lot of effort and feels very unnatural. Now try smiling naturally; yes your head tilts. Hindu culture was built on principles of contentment (santosha); contentment with one’s own position and status, as well as with the people around you. It’s no surprise then, when this is dramatised in their culture, as if they are always happy to be talking to you.

Voice is the other interesting aspect. The tone doesn’t really matter here, it’s about the firmness of it. Try saying “Yes!” after putting yourself in a happy state of mind, try it with an upward inflection and a downward inflection, both still work, but notice how firm it is.

The next time you say something to someone and expect them to react with happiness, look out for these two signs, regardless of the words the use: tilted head, firm voice.

When dogs are sad, they mostly lie down, as if drained of any energy, their tails are lifeless and limp and their bark is weak, if they even bark at all. In see this when they are sick and in pain, and bad health tends to do that to people to.

If you suspect someone is sad, look at their posture; limp and lifeless, drained of energy. It takes a lot of energy to grieve and it leaves people feeling tired. It’s as if the body is eating itself to overcome the dread of prolonged suffering.

Their voice will also be weak and inconsistent, unable to control the quality of the sound, especially when pushing back on the weight of that fatigue. They may be loud, may be fast, but if it is inconsistent and laboured, you have your clue there.

This one should be contrasted with Fear, which I will cover after this. When a dog is angry, it shows its teeth, stiffens its tail and growls before barking explosively. Anger builds, it starts mild and slowly sinks in deep enough to spring back out.

While we don’t bite each other as humans, we do punch and punch hard. When you see someone’s thumbs, they are prepared to fight. This one is also dramatised in our military foot drills. When standing in sedia (attention), the thumbs face forward, but in senang diri (at ease) they are hidden behind the back. To draw attention to the thumbs is also a cross cultural status symbol of warrior and noble classes; try putting your fingers in your pocket but leaving your thumbs exposed, so how that feels different. Or try pointing at something with your thumb curled over with the rest of your fingers vs pointing with the thumb also pointing in the same direction; like the hand sign for ‘gun’. I always thought it was funny how that sign looked nothing like a gun, but it’s actually a carry over for a more archaic sign of aggression.

Same as with happiness, human head movements correlate with dog tails. The head straightens and stiffens. I find it funny how almost everyone seems to look pissed in a passport photo, and it has to do with the position of the head. When the head straightens, it is subconsciously understood by everyone around you that you are outraged, even if you’re just trying to look good for a picture. Now, not all head tilts are happy looking, there is also the contempt head tilt, but I wont talk about that for now. But this one is something you should look out for, especially when you’re late for a meeting and you want to knos how the others feel about it haha.

The voice is another indicator of anger. First, you will notice the person speaking slower, softer and with a lowered tone of voice. This may not be obvious, but that’s the point, it is the calm before the storm, the coil before the spring, the silence before the blast. Then is slowly builds until it explodes into shouting or screaming. Be very very careful when a person starts speaking in more subdued tones, his mind is preparing for a fight.

This one is interesting. When dogs are afraid, their tails curl up between their legs, they close their mouths.

I’m not sure if you can hear fear in a person’s tone of voice, but I know you can see it in body language. First, like the dogs teeth, the human thumbs disappear. People hide their thumbs from the things they are afraid of, to not provoke them to fight. Similarly, the head is unable to keep straight or still, oftentimes slightly exposing the back of the neck in a gesture of submission.

This is also kind of why we put our hands together and bow our heads in prayer, it is a gesture of fear and submission to the deity, where the thumb is hidden and the back of the neck exposed. However, in prayer, the shoulders tend to stay down and hands are away from the neck, which is a key different between fear of something you trust, what we call reverence, and fear of something you don’t, which we call terror. Fear is not good or bad, it is neutral, it is just an emotion, but the type of fear isn’t. The Bible commands us to not be afraid (terrorised) but to also fear (revere) the Lord.

In terror, we subconsciously protect our necks. Watch something gory and you instantly feel the urge to hold your neck, your shoulders also rise and stiffen protecting the back and sides of your neck. We don’t do this in prayer, because we trust un the God we pray to, but we do do this when we are verbally abused by a boss or school bully.

Machiavelli wrote that it is better to be feared and to be loved; to me, you must be feared, at least a little bit, by everyone around you in order to be respected, but this fear is more reverence than terror. If you want a good reality check on whether or not you are seen as a benevolent authority figure or a bully, observe the necks of the people you are talking to. Regardless of what you say, if they are terrorised by you, then just stop; no one deserves to be terrorised or bullied in any other way.

Anywhale, that’s just what I’ve learnt from spending to much time with dogs… and people lol. Remember that we all have 5 senses and all are used to communicate our feelings to others, so don’t just listen or read, but watch the people you talk to.